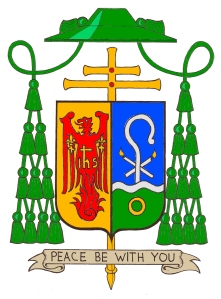 This morning Pope Francis appointed The Most Rev. Blase Cupich up until now Bishop of Spokane, Washington to be the 13th Archbishop of Chicago, Illinois. The arms of Archbishop-Designate Cupich allude to his baptismal patron, St. Blase. Traditionally, on the feast of that saint, the patron of those with diseases of the throat, two candles are used in the blessing of throats by placing them on either side of the throat and reciting the blessing. The arms of the venerable See of Chicago depict a phoenix rising from the ashes as an allusion to the famous Chicago fire and also include symbols of the French settlers in that area and the titular of the cathedral: The Most Holy Name. Cupich will be installed in Chicago on November 18.

UPDATE: The archbishop has decided slightly to modify his coat of arms (below) 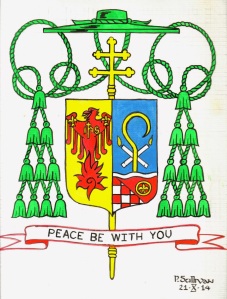